Today it was Olympic fun day. We played volleyball in Pescara’s sports stadium. First the students trained for some time and later Patrizia, the P.E teacher, read out the teams names, explained the rules and everybody got ready to play. The teams are made of mixed nationalities.
Their names are: the wolves, the foxes, the sharks, the eagles, the panthers and the lions. The teams have played a fun competition and the best have been the sharks and the runners up have been the wolves. All the teams have enjoyed the game and after that we have walked to a park to have lunch, unluckily it has started to rain so we haven’t been able to have a walk around Pescara. We have waited until 3:30 for the school bus to come and take us home.
In the evening, we had the farewell party at Nocciano’s castle, after some words spoken by the coordinating Italian teacher, Manuella, we have taken turns to thank the schools, the families and the mayors for the worderful week we have spent together. We have been awarded with our certificates, a picture of the team and some presents offered by the Italian team; then we have had a tasty Italian dinner which has ended with a delicious cake.
Some Italian students have performed a typical dance from the Abruzzo and then the students have enjoyed their party, at the end four balloons have been lit to represent the end of the stay in Italy wishing to see each other again in Great Britain. 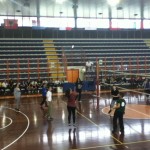 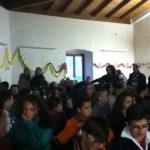 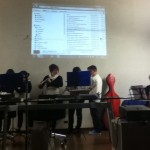 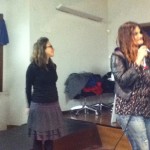 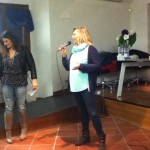 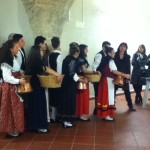 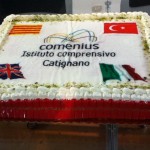 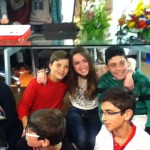